Why don’t rollercoasters work in winter? 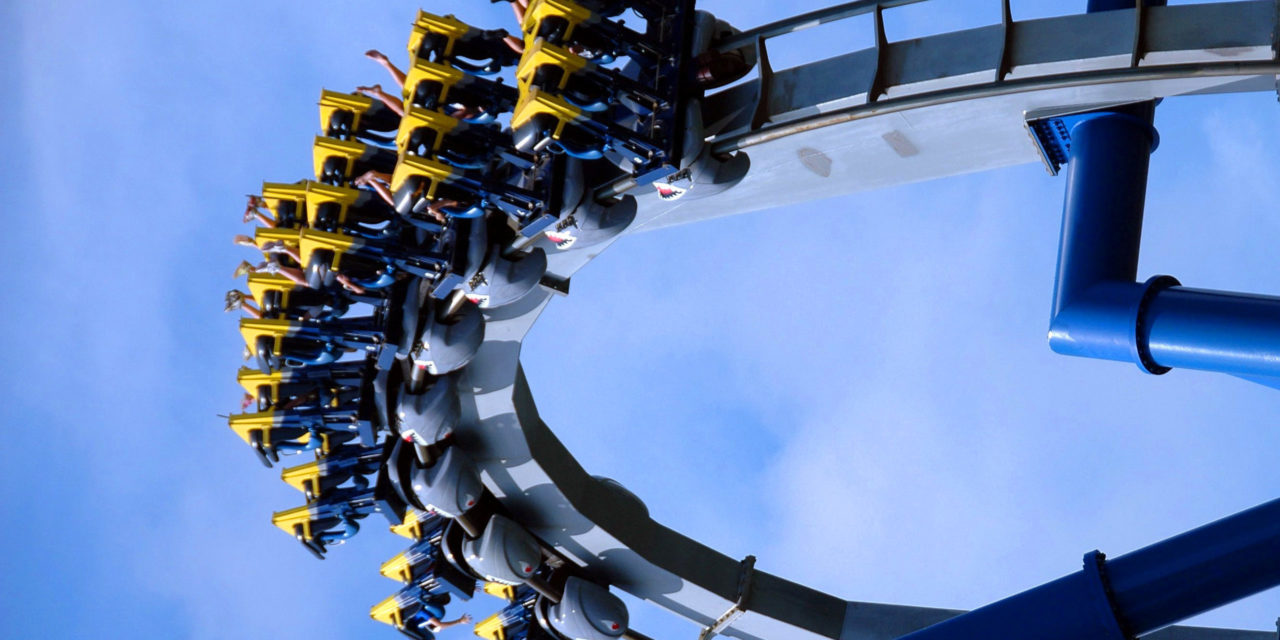 Theme parks, and especially rollercoasters, are one of the favorite places for children and adults. It is a perfect destination for the whole family and we can carry out all the activities we want, with the most varied rollercoasters, food stands and even hotels to spend more than one day.

Amusement parks are an ideal destination in summer, but… what happens in winter? Are they only closed due to bad weather? The answer is no. There are technical reasons that make some rollercoasters stop in winter. Why?

THE PROBLEM OF LOW TEMPERATURES

There are many different types of rollercoasters, but most work in the same way: the wagons are supported on the rails by wheels like any wheel on a vehicle. But there are also side wheels to prevent wagons from derailing when cornering.

The trains do not have any type of engine. None of the wagons. They move freely. In the initial part of the route they are raised by a chain elevator to a high point, and once there, they are released through the exciting descents. In order to travel the entire length, friction must be minimal, and this is achieved by adding grease to the wheel bearings. At low temperatures the fat is thicker, and this is a headache for engineers.

What could happen in winter with some rollercoasters? The friction of the wheels could be too high to allow the wagons to make the entire trip. The train could be left in the middle of a climb or be unable to loop. This would never happen in summer because fat is much more viscous.

THE WEATHER, ANOTHER PROBLEM

The next time you ride a rollercoaster in a theme park notice that at some point you will find an anemometer that measures the wind speed. It is an element that works against the train and can make an attraction close. The headwind could be a problem. We cannot forget either that in winter the ice can adhere to the rails. Another added problem.

Then we have a human factor. In winter, you don’t feel like going to an amusement park. Outdoor is not comfortable. And when riding an attraction, the speed will increase the feeling of cold. We can’t forget that there is also a greater risk of rain and snowfall, and we don’t want that. Isn’t it?

Rollercoaster full of snow in winter

It is evident that a theme park is not viable with such a low visitors during the coldest months of the year. That is why most of them take a break. Then, they have the opportunity to remodel areas and perform maintenance tasks that the high season does not allow to do. Rollercoasters are running in summer for many hours, and the fatigue that they usually present at the end of the season requires a good overhaul at the end of the year. Of course, the staff who work during the summer is fired and unemployed.

WHY ROLLERCOASTERS ARE ALSO CALLED RUSSIAN MOUNTAINS IN SOME COUNTRIES

The origin is found in the way Russians had fun in winter. They went down with their sleds by wooden slides filled with water. The water turned to ice in a few minutes. Thus the friction was minimal and they descended at a great speed.